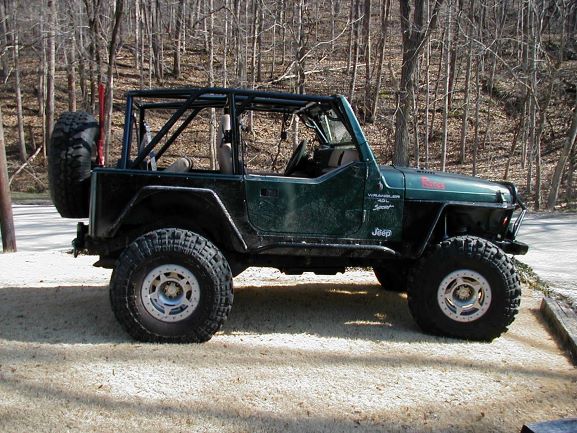 This is a collection of tips I've learned over many years of disasembling, repairing, and building TJ's.

The biggest worry with TJ's today is frame rust.  Unfortunately there are a couple places on the frame where they consistently rust out.  The most worrisome is where the upper control arm for the rear axle meets the frame.  Currently we do not have a kit for this but we are in the process of developing one.  The next common area is where the transfer case skid mounts to the frame.

Obviously tub rust is also one of the things to look for as well.  Rust can start to appear on the side of the tub where the floor meets the side.  Another area that is very common is the top of the front fenders.  This is because in stock form this was a double panel area with foam in between which tends to hold water.

The 4.0L 6 cylinder engines are pretty bullet proof.  As long as you have good oil presure most other issues are fairly simple to fix.  They are also the same engines used in cherokees which can be easily found for decent prices.

Swapping a 97-98 to Engine/Transmission and Newer HVAC

In 99 the TJ's underwent several changes, most of which were hidden from view.  Recently we were building a 97 Jeep TJ that had the powertrain stripped out of it.  We found a 2000 engine, transmission, ECU and wiring to swap into the Jeep.  We did not have the engine wiring of the original 97 or the original computer.  As we swapped in the engine and wiring harnes we found that to get everything to work without hacking up the wiring we had to switch all of the wiring from the engine, engine side of the fire wall, dash side of the fire wall and the dash itself.  The first three had to be done just to get the Jeep running as the dash side of the firewall harnes contains the fuses for the ignition and other systems.  The dash harness could have been modified to make work, but we didnt want to have to cut a lot on the harnesses and then later on have reliability issues.

Because we decided to switch the dash harness this pushed us towards swapping out the enter HVAC box and controls.  The reason for this is that in the 99 change Jeep also changed from slider controls to knob style controls.  This mainly changed how the blend door was actuated.  Before 99 the blend door was controlled by a cable and slider, the 99 change made this an electronic device to adjust the blend door.   Luckily we had most of the parts for this swap from the donor Jeep which made it easy.

When replacing the heater core or evaporator the blend door can be a pain to get lined up.  To make this easier I drill a small hole in the top of the HVAC system, then use a phillips screw driver to manipulate and align the blend door during assembly.   Once the system is reassembled you can plug the hole with a screw, rivet or even just cover it with tape.  The hole is hidden behind the dash once the system is reinstalled. 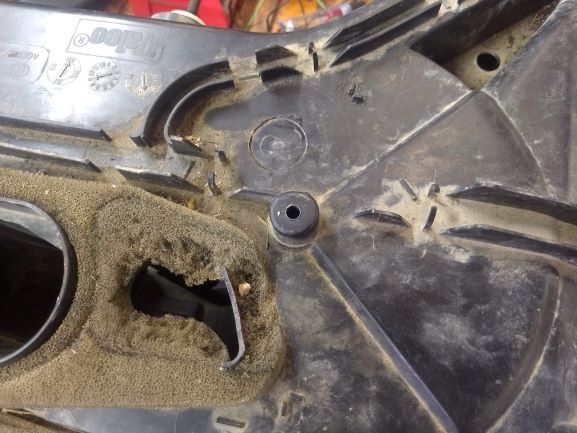 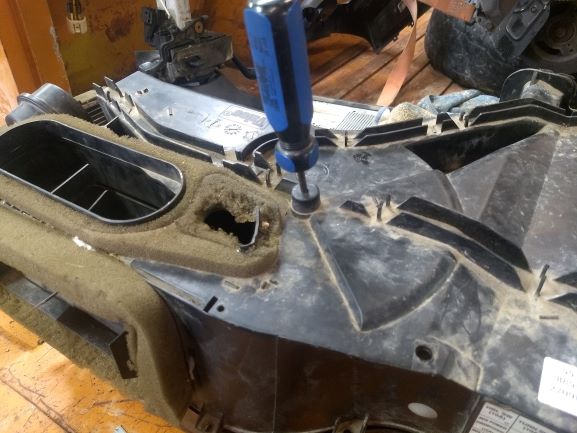 We have found in some TJs that the roll bar can start to rust out at the bottom of the mount behind the front seats.  This can happen on either the driver or passenger side. Below are some pictures of what that looks like.  The dangerous thing about it is that the seat belt retactor can hide this rust so it is difficult to see. 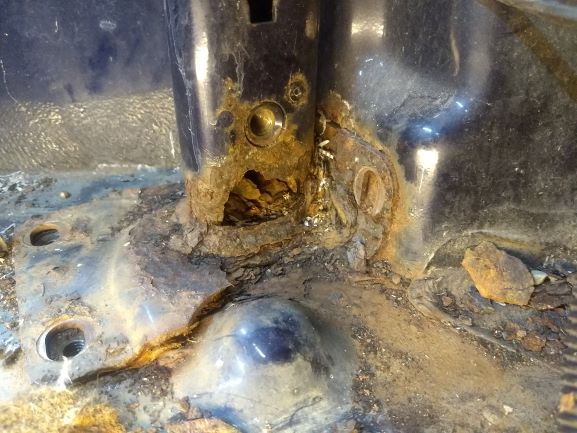 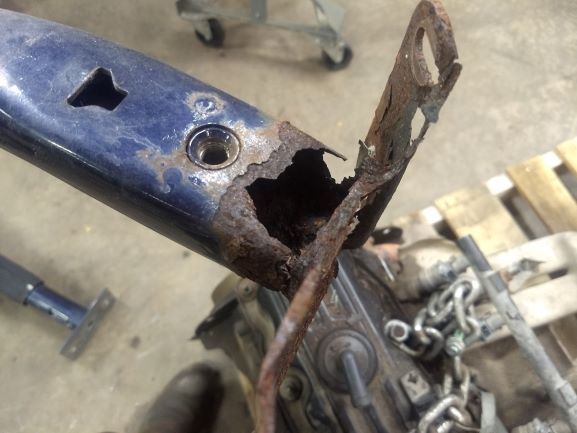 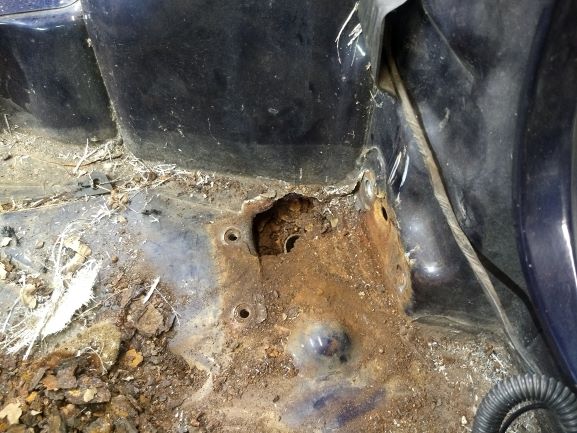