(See our Brute project for information on the Brute build) 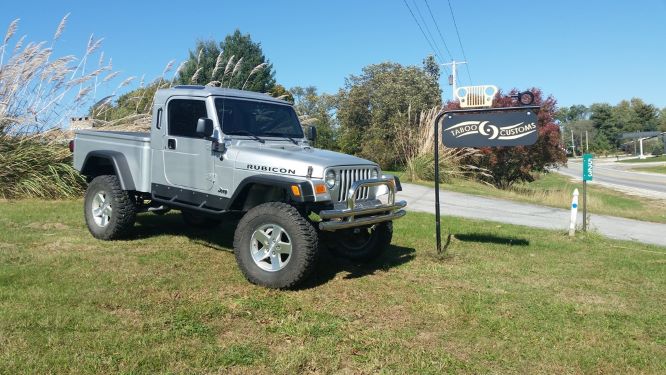 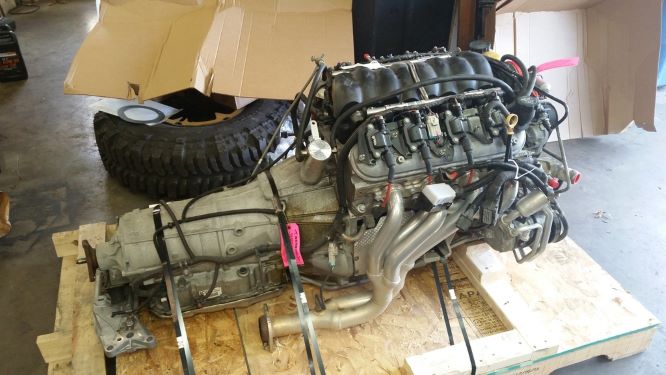 Some components to ask about when purchasing these setups:

Items that can end up coming with the engine and transmission, but that I do not use.  This doesnt mean that they might not be useful or could be used if swapping into something other than a Jeep.

During prep we did have to swap out the oil pans from the car style to the muscle car style. 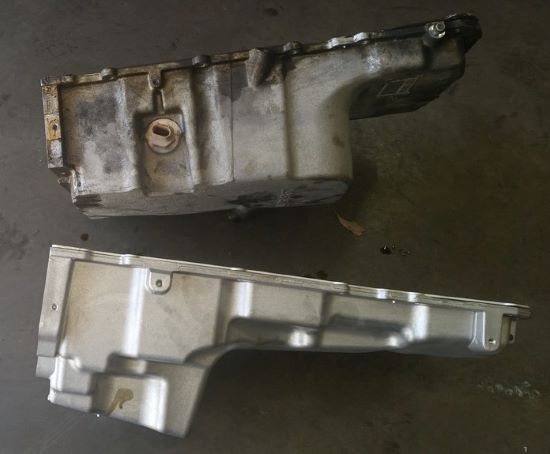 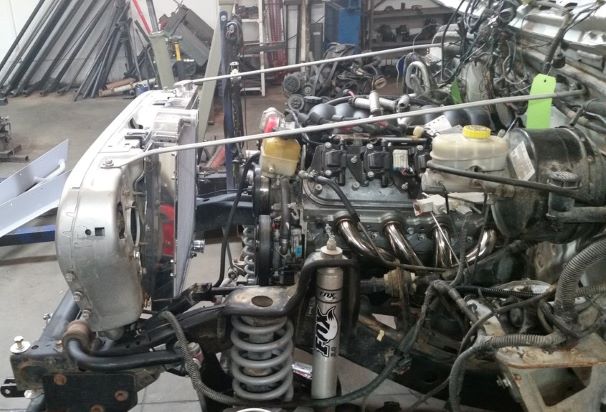 We used a Novak transfer case adapter and due to needing a driverside drop had to flip the transfer case.  When using the novak kit we did have an issue with spacing and ended up making an additional spacer between the adaptor and the transfer case.   The first thing that was noticed was that the shift rods hit the transmission before it would rotate far enough to bolt up.  Due to this we had to flip the ship forks to the top (what used to be the bottom) of the case.  We could not find a kit to flip the shifter forks so we ended making our own kit.  In the future we may offer this sale. If you are interested contact us and we might be able to work out a deal.   For shifters we used a North West Fabworks cable shifter. 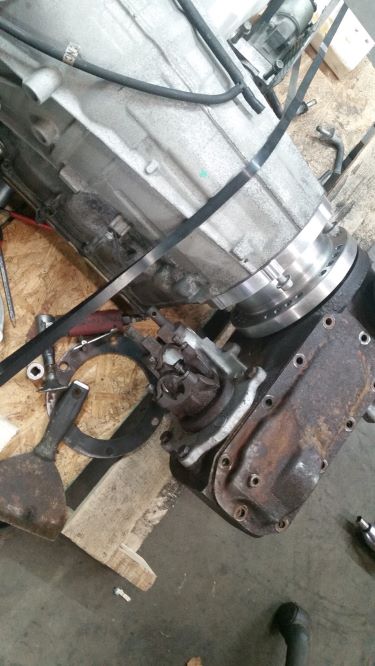 To flip the shift forks we had first cut the shift fork housing.  This is tricky because there is very little room between the detent springs and the yoke area.  Next we had to make a tube assembly that would hold the shift forks in their new location. 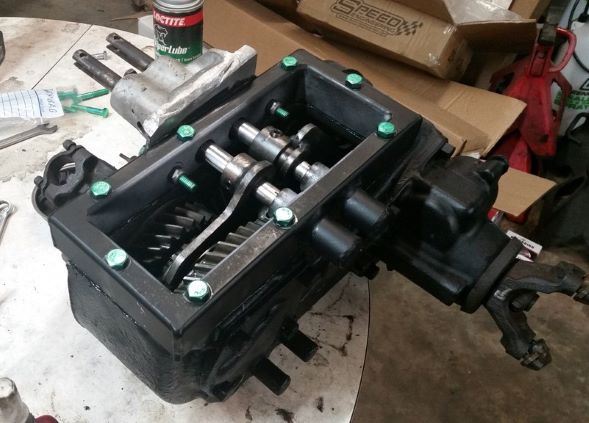 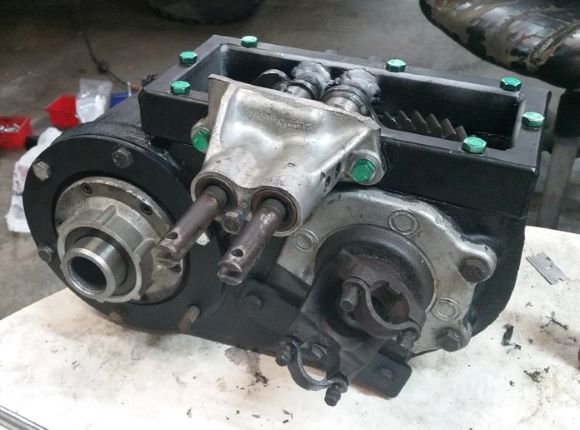 The exhaust for this build was a little tricky; The engine came with Doug Thorley headers which unfortunately did not fit.  The plan was to run the exhaust down the passenger side of the Jeep.  To do this though we ended up buying to sets of headers, one rear dump on passenger side and one center dump on drivers side.  We then ran the drivers side exhaust under the engine and in front of the oil pan sump. 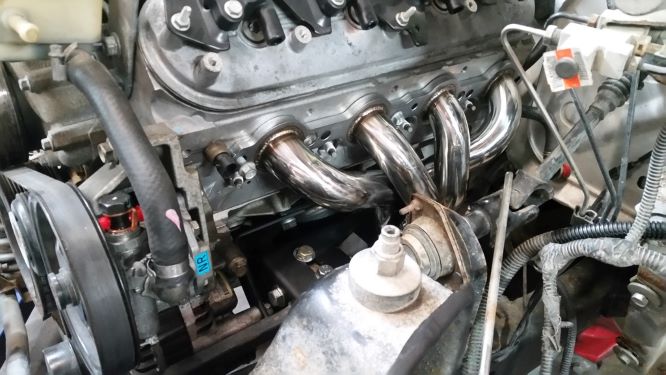 The harnes we had reworked, upon startup we had an issue were the Jeep would not shift out of first.  When we tried to run the codes we found that the scanner could not see the TCU.  We checked into the wiring and tried switching the wires in the OBD2 connector around.  When we did this we could see the TCU but not the ECU.  What we found is that the OBD2 connector goes through the TCU to get to the ECU and in-between those two the wires were switched from where they should be.  Once we fixed this all was good. 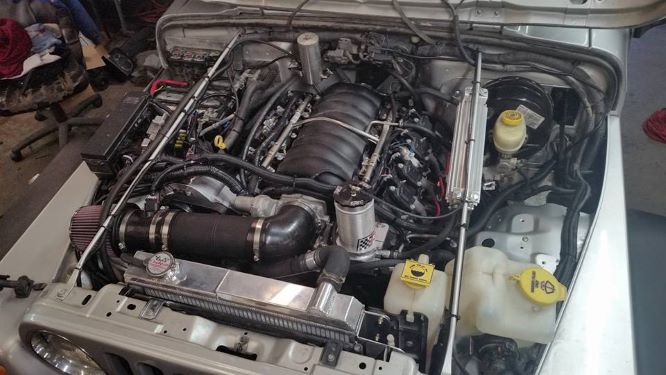